Here is the bonus perk for the July 3, 2012 Poetry Fishbowl reaching the $300 goal. This essay explains how the elements work in nether-Earth, as mentioned in The Steamsmith series.  You can read more about The Steamsmith on the Serial Poetry page.  There is also a Steamsmith vocabulary list.


An element is a cohesive atomic material which cannot readily be broken down into other things, but which can combine with itself and/or other elements to form molecules with different properties.  In nether-Earth, an atom consists of a solid, undifferentiated mass much as the ancient Greeks imagined it.  The classical elements form the basis of alchemical science and technology.

The four classical elements of aer (Air), ge (Earth), hudor (Water), and pyra (Fire)  comprise a majority of the world and the technology.  They are sometimes referred to as the four rhizomata  (roots).  The elements and atoms were proposed by the ancient Greeks, but it took longer for them to be proven and utilized in more sophisticated ways.  These elements combine into molecules, but it's almost closer to the way that protons, neutrons, and electrons combine to form atoms -- the molecules have particular properties that may be similar to or quite different from their component elements.  The elements are occasionally found in pure form, in various configurations, but more often are combined with each other.  Most of the components in alchemy are therefore molecular compounds rather than atomic elements.  Ordinary non-alchemical substances are often mixtures: combinations of elements and/or compounds that are blended together physically but are not bound chemically.

For instance, arche  is a prime steamwork fuel: a molecule consisting of one atom of aer (Air)  and two of pyra (Fire).  It quits working if exposed to hudor (Water).  This powers many types of engine.  Another example is yalos (Glass) consisting of three atoms of aer  (Air) and one of ge  (Earth).  Then there is astrapi  (Lightning) consisting of two atoms of aer  (Air), one of hudor  (Water), and one of pyra  (Fire); it's unstable, created briefly during a quick reconfiguration of atoms. 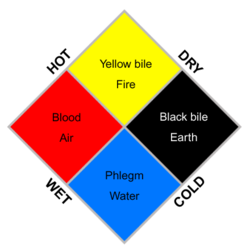 The four basic fuels in alchemical science are:

The fifth element, aether (Quintessence), is trickier.  It behaves sometimes like an element and other times like a medium in which the other elements exist; it shares similarities with all the others, balancing them, and yet lies beyond them.  (Compare this to the way light in modern-Earth can behave as a particle or a wave.)  It has been proposed that aether  relates to time, as the other elements relate to various forces; but some scholars argue that aether  creates time while others argue that it creates timelessness.  Nobody fully understands aether  yet, although there are some ways of using it.

An interesting insurrectionist trick is the onion bomb.  Hollow out an ordinary onion to pack it with charcoal, stable sweepings, and ash; add some shrapnel, then seal it up.  The sulfuric acid in the onion turns the filling into low-grade lei fen  (thunder flour).  Throw the onion, and when it breaks open on contact, the Dry fuel reacts with the surrounding air and explodes.

The two exalted fuels in alchemical science are:

Steam is used in steamworks.  (Steamwork is often used as a synonym for alchemical technology in general, although there is more than just steam involved.)   Automatons are an example of steamworks.  Nether is used in skyworks and groundworks: for machines that travel through the air or earth, for engines that draw power from the air or earth, and for machines that manipulate them such as controlling the weather or earthquakes.

Compare this working set of elements with some others.  The Tibetan system is an exact match, and may predate the Greek one. The Japanese system matches the Greek one, though it lists Void as the fifth element.  The Hindu and Buddhist systems are equivalent and list Agni (Fire), Akasha (Quintessence), Ap  (Water), Prithvi  (Earth), and Vayu  (Air, Wind, Breath).  The Babylonians listed Earth, Fire, Sea, Sky, and Wind.  It is unclear whether they doubled up on Air or had an inkling of Quintessence.  The Chinese Wuxing system lists Earth, Fire, Metal, Water, and Wood.  It is wrong, or at least incomplete; Metal and Wood are actually Earth aspects, while Air and Quintessence are missing (although some of their qualities are dispersed among the other elements).  The ancient Celtic set of the Three Realms listed Land (Earth), Sea (Water), and Sky (Air) but left out Fire and Quintessence.  The Arabic system began with the classical elements then added sulphur, mercury, and salt (which are not elements, but compounds made of multiple elements).

The British are doing quite well with describing the science of the four root elements and developing technology based on that; they are the best with engineering and machinery.  The Chinese, though less familiar with aer  (Air) and many of its aspects, are expert with Metal and Wood (including bamboo).  Ceramic, jade, and silk are important aspects of Chinese technology, along with lei fen  (thunder flour) which resembles gunpowder. The Tibetans have quietly collated a great deal of scientific and medical knowledge from various cultures, and are adept with aether  (Quintessence); but they tend to be even more insular than the Chinese.